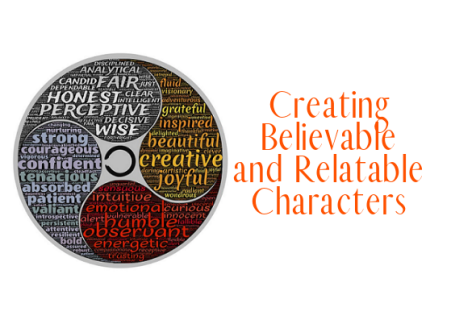 The first thing I think you should keep in mind during character creation is that a character doesn’t have to be realistic; they just have to be believable and relatable.

What that means, for example, is that Superman, the Little Mermaid and Wile E. Coyote are not realistic characters as such, but they all share qualities which make them believable, and they have goals, wants and needs and most importantly, flaws that help us to relate to them.

A believable character is one with whom a reader is able to connect.
A reader is more likely to be able to do this when they see something in the character that they may also see in themselves, or the character may have a similar want or need as the reader, and in that, they are able to experience the adventure or the story vicariously through the character.

Superman, for example mainly wants to protect Metropolis (and the world) from evil, though he has a weakness to Kryptonite (his flaw). The fact that he wants good to triumph over evil is something that most of us can relate to, thereby creating a connection to the character. I doubt there are many of us going through daily life wanting evil to triumph over good!

The Little Mermaid’s fundamental goal is to become human so that she can be with her prince. Her flaw is that she feels that she has to change herself in order to make the prince fall in love with her. We’re able to connect with her because we want her to find the happiness she so clearly lacks, and since she’s going through such trouble to get what she wants, we also cheer her on to succeed in her desire to find true love (and an immortal soul in the original story).

Who hasn’t wanted to fall in love?  and who among us can honestly say that we wouldn’t change a single part of ourselves? (If you are such a person then I am genuinely delighted for you, and you should consider yourself part of a minority because I think most people at some point have had their moments of self-doubt and felt self-conscious about their appearance).

We all know that the primary goal of Wile E. Coyote is to catch the Road Runner, in fact, one could argue that this is his only goal. His main flaw is his hubris; always assuming that his schemes are going to work and that he will catch the Road Runner.
However, he invariably fails when the Road Runner manages to outsmart him. We can relate to him because we all want things and, most of us at least, don’t always get what we want.

So, the main things to explore when creating a character or at least the things that make them believable and relatable to a reader are their goals and flaws. These are the connectable parts of any character, even of real people, that we all relate to in varying degrees.

Anyway, I think I’ve gone on for long enough. Thanks for reading this far if you did, it is very much appreciated.